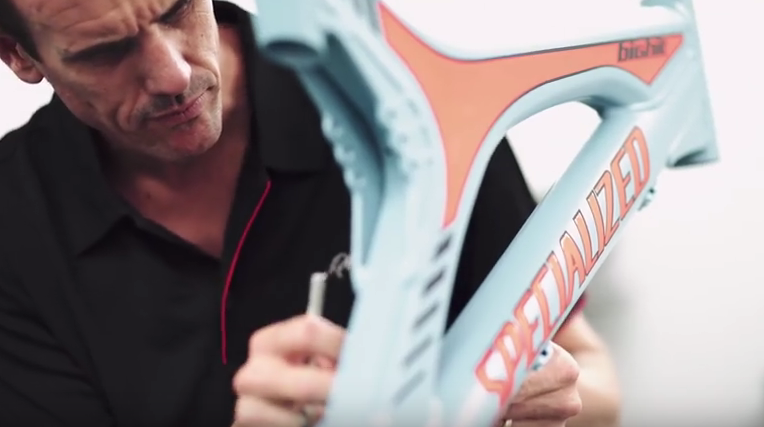 Paint My Bike is a high-end bike custom painting and carbon repairer that wanted to take its uniquely high-end business to the next level. Although held in high regard it wanted to communicate its point of difference experience, expertise and service in an engaging way to highly targeted audiences.

Yaffa Custom Content and Bicycling Australia developed a narrative for the business to come to life in a series of three videos – showcasing PMB’s unique capabilities with a fast-paced and polished behind-the-scenes treatment.

All were leveraged across Yaffa Media’s suite of cycling titles: Bicycling Australia, Mountain Biking Australia and Bicycling Trade via website, social – including promoted Facebook posts and distribution to email databases. It was also published on the website and social channels of Yaffa Media’s inaugural Gran Fondo cycling event The Bowral Classic.

All this native activity was augmented by paid-for digital media executions.

In addition, the videos continue to be promoted by PMB via their own channels, including periodic posts on Facebook.

More importantly, owner Gary has had an “explosion of business” since the campaign went live.

“We are currently at 250% more orders than we have ever had at this time of the year,” he said.

“It’s through the roof and we’ve already put two extra staff members on to cope with it all and are looking for more.

”Normally at this time, once the Tour De France is over and we’re heading into Spring we do get busier but it’s never, ever been like this. This is the busiest we’ve ever been by a long shot.

”I’ve been getting loads of comments about the videos and run into people everywhere who say ‘oh I’ve just watched your video’ and how great they are.”

Gary has also found it very helpful to have the videos on hand to send to customers who enquire about his services.

“We get calls from all sorts of places and it’s just so easy to be able to flick them the video, whether it be for the custom painting, the carbon fibre repair, the overall Paint My Bike tour or all three to give them a really compelling look at what we’re about and what we can do.

And he will continue to leverage the videos on his own channels.

“Every couple of months we’ll punch the videos onto Facebook and throw a bit of cash at them and keep rolling them out to new audiences.”